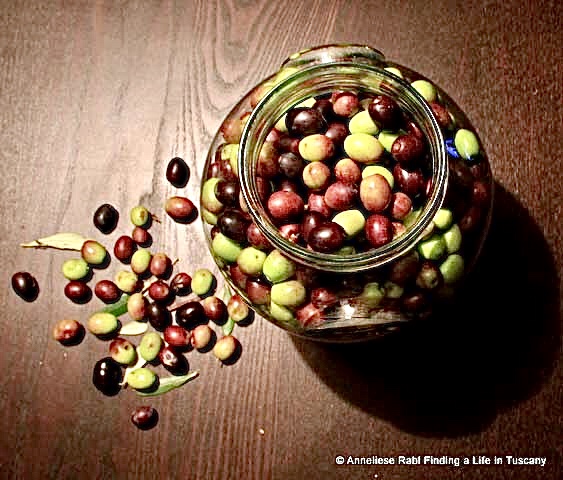 I realise I’m not alone. Last Sunday a dewy spider web drew my attention, and its grace and splendour sincerely impressed me. Some time ago, a friend told me that each species weaves its own web.  I am at a loss regarding spiders and cobwebs, but some of them are familiar. The big one over there, for example, reminds me of a cross spider. When I was a little girl I used to observe it  for hours while it was working at its trap. 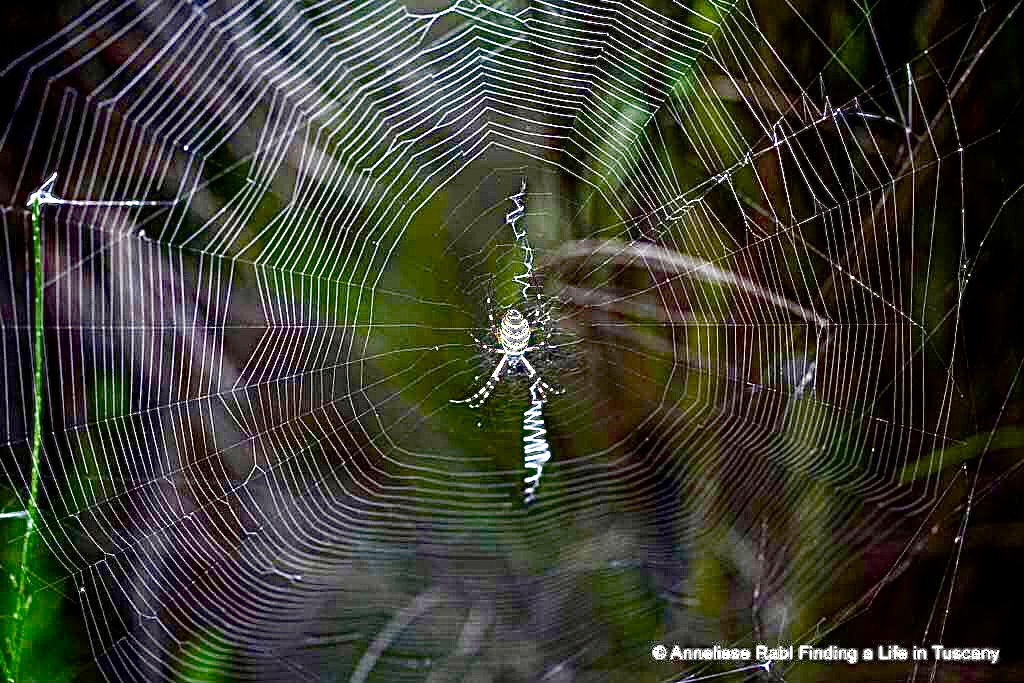 My picking method implies looking on the ground and I notice other animals which have  found shelter or hunting grounds, depending from the point of view. What lies next to a grass tuft looking like a leaf turns out to be a praying mantis. Is it a female, waylaying the last groom to devour after coupling? Or could it be a motionless and  perfectly camouflaged male, hoping to save his life from the female’s voracity? It is in any case a latecomer and should not be around any more. 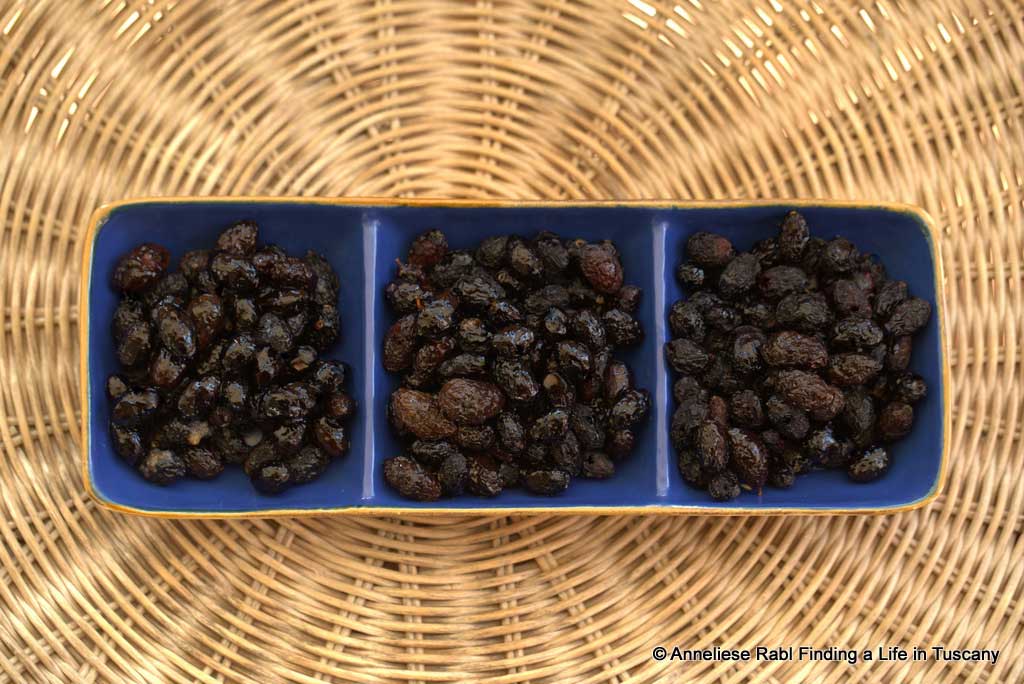 A grasshopper, in summer jumping good-humouredly from one blade of grass to another, is sitting stiff and heavy as if glued on an olive twig. It, too, has lost itself in the wrong  season. Actually, I had not seen but rather touched it unintentionally when gathering the cut branches. An amazing  quantity of snail shells make me deduct that on this piece of ground a big colony must have been living.

However I see traces of bigger animals, too. Droppings of different sizes and shapes  prove  that in our absence the olive grove is ardently visited. I am not an expert and when I was told that in this area not only do hares and foxes live, but  wild boars and, every now and then even wolves, I am sceptical.  Are they making fun of me? 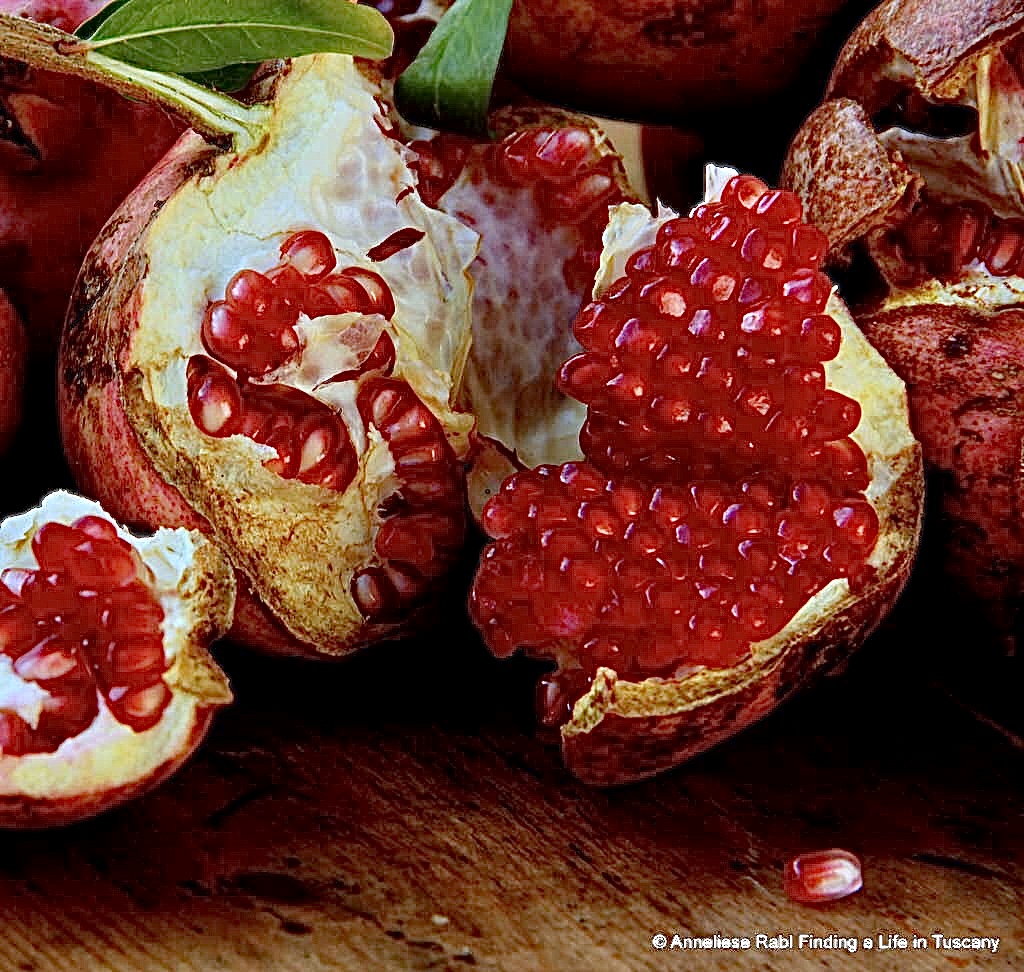 One at a time the rest of the group arrives and we work busily. Nobody utters a word because in the morning my companions are not keen on talking. We all know what we have to do and before lunch I have already gathered so many olives  that they hardly fit into a box. A neighbour, born and bred nearby, joins us.  Our conversation runs on quietly until I hear her saying: “This makes a nice salad”. 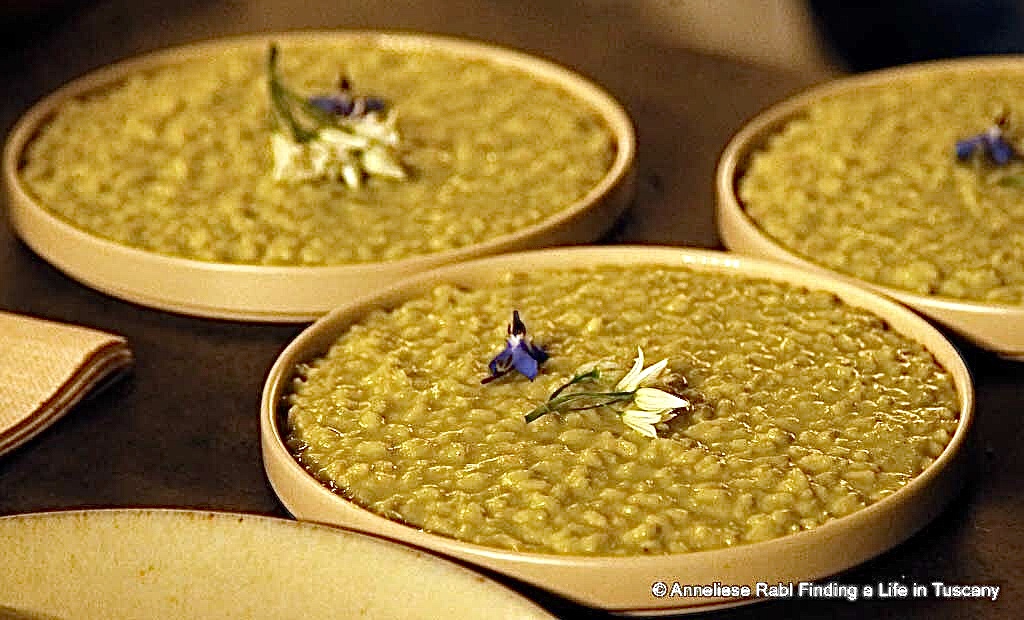 I turn towards her and ask: “Do you gather wild herbs?”

“Certainly”, she answers and I do not  give in until she promises to show me  which ones are edible.  I have enjoyed salad made from wild herbs only in Tuscany. The  aromatic and tasty leaves – from some plants even the roots can be eaten  – have taken me by storm,  specially when dressed with olive oil, lemon juice, a pinch of salt and sprinkled with a generous quantity of pomegranate seeds. The jellylike, cracking, dark red fruit pulp goes perfectly well with the juicy plants. 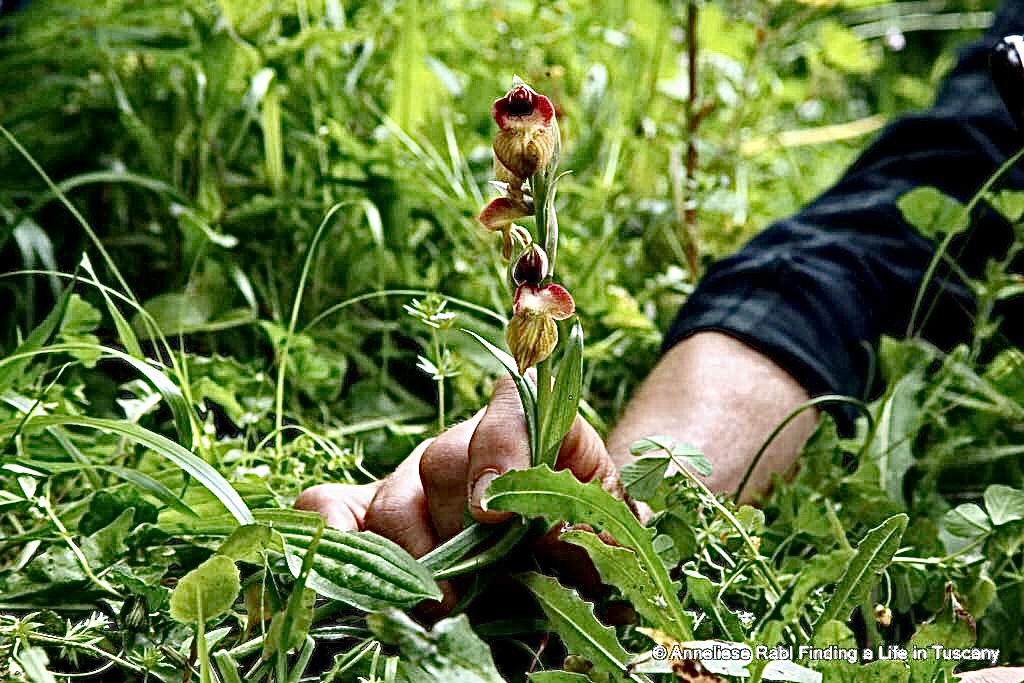 Since now I appreciate olives, next time I could add some of them as well. Which ones suit best? As a rule people use the so called “table olives”, which are either unripe, i.e. the stone is hard but the skin is still green or perfectly ripe and dark brown or black.  Experts know that the green ones stick on the twigs and must be picked by hand, carefully, one by one. This to avori any damage to them which would negatively influence their quality.  The black olives, being perfectly ripe, nearly fall down by themselves and can easily be harvested from the twigs by machines. 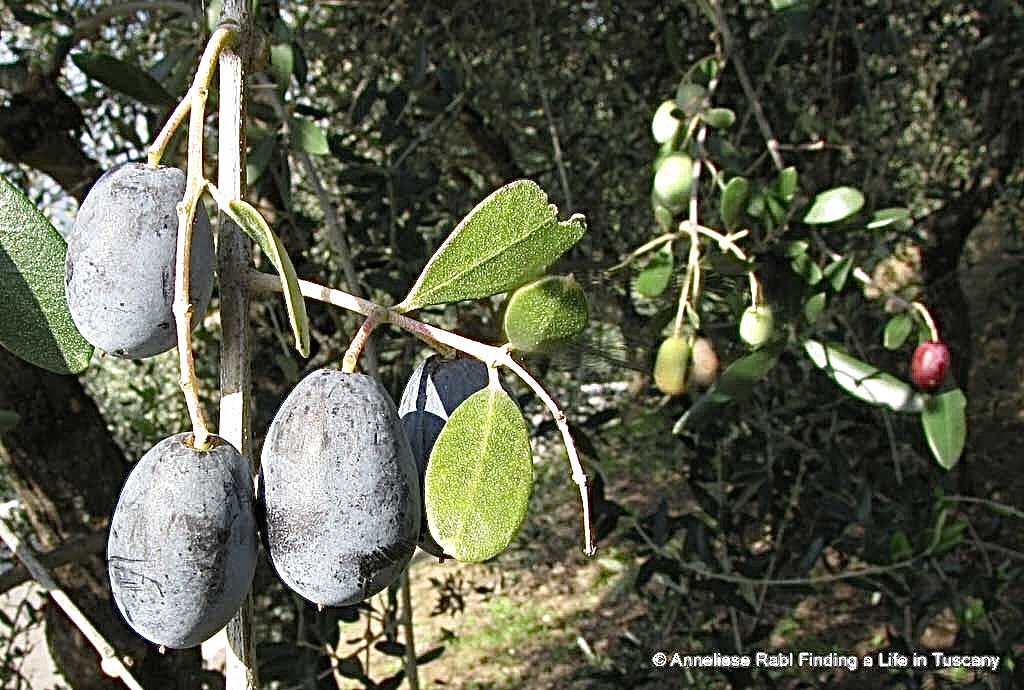 There is a wide choice, which I did not actually expect. In Tuscany, Liguria, Abruzzi, Lazio, Marche, Campania, Basilicata, Apulia, Calabria, Sicily, Sardinia, something like fifteen different qualities of green and about twenty of black olives are cultivated. Why, I wonder, do we never get details about all these kinds? When buying  a jar of preserved olives, there is simply written “olives”  on the label. No furchet information on the quality or their origin. That’s a real pity.  The taste, in fact, derives not only from the more or less appreciated way of preservation but also from the flavour of olive varieties. 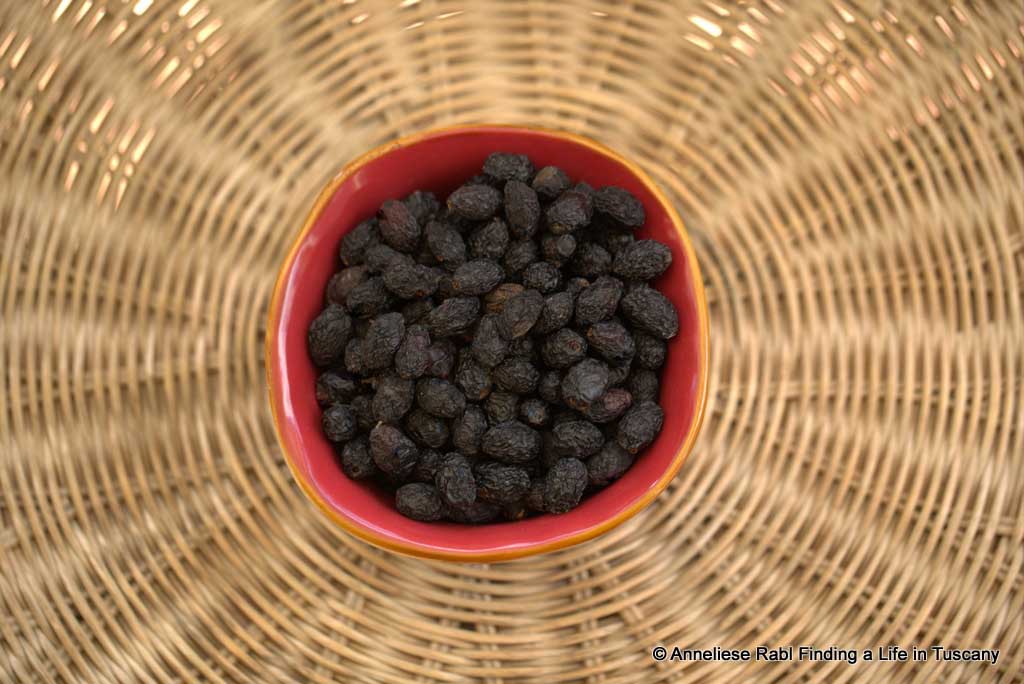 Even when purchasing “foreign” olives the picture does not change.  Usually, there is an indication of the origin on the label. but not of the type, which, for instance, are known as “Konservolia”, “Kalamon”, “Megaron” from Greece, “Cacerena”,  “Hojiblanca”, “Alorena”, “Morona” from Spain, “Manzanillo”, “Souri”, “Barnea” from Israel or “Sigoise”, “Sevillane”, “Cornicabra” from Algeria.  Therefore if a certain table olive is not appreciated, the defect does not necessarily depend on the preparation method. It can also be due to the quality of the olive used. 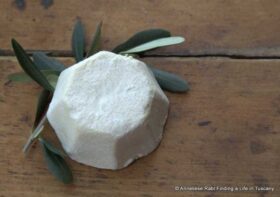 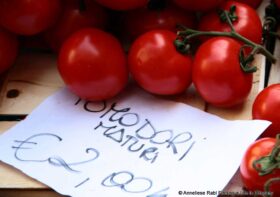 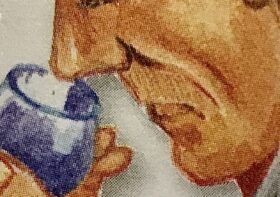